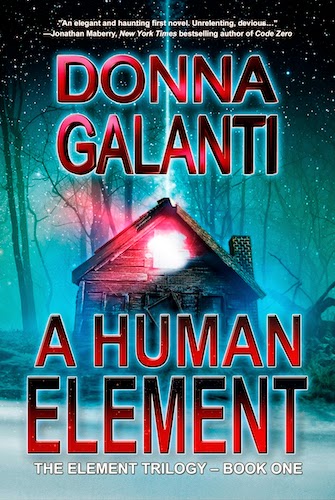 Today Idea City is helping to celebrate the re-release of Donna Galanti’s thriller, A Human Element. Donna explains her fascinating motivation for the book idea:


Do Genes Dictate Who We Are?
Adoption and being an only child runs through A Human Element. I am both, and they both had a deep impact on my life. In A Human Element three characters have similar lives. Laura’s adopted and an only child raised by loving parents. Ben is an only child but abandoned when his parents die, to live a lonely existence in foster homes. X-10 is raised alone in a government facility, an unloved experiment. One common thread connects them all. They grow up alone and eventually parentless.


Adopted children often suffer abandonment issues and feel like they never belong, that they aren’t ‘blood family’.  Being adopted myself I understood this. But as an adopted child I was lucky. I had a loving family and I learned my heritage (and am very glad I was given up. Read more about that here). I got married and had an amazing son. In having him, I have my own ‘blood’ now. I do belong–with my family.


In A Human Element all three characters have similar backgrounds, but how are they different? Ben isolates himself, Laura has an open heart, and X-10 hates the world. Is it their genes that shape who they are or their environment? I’ve found it’s both. I like to think we can overcome our genes and thrive in an environment that allows us to do so. In such an environment we can conquer our obstacles and achieve anything, but without love we’re lost. I believe that our genes do not dictate who we are–and this gives me hope. Without hope change is not possible. Laura believes we all have something redeemable in us, no matter how small. Do you believe that too?

Excerpt with X-10. Can he overcome his genes and environment?


As he lunged for Laura she sensed his conflicting feelings. She saw the scientist who experimented on him and caged him his whole life, taunting him with her existence and fueling his hatred.
She saw all this in the two seconds it took for him to reach her. His sorrowful life punctured her like a knife digging into an old wound. His wounds made her wounds. It was a small window of opportunity to grasp, but all she had. Could she convince him to turn away from evil?
X-10 grabbed her by both arms and pulled her up. His freakish face loomed inches from hers. Her feet dangled above the earthen floor. Scenes from his life blasted across her mind.
A tormented life. A tormented soul. Images of blood and killing and rage. And such loneliness. He had suffered such loneliness. He was an animal as he had been treated like an animal all his life. She pitied him and feared him.
“Charlie,” she whispered. Pain coursed through her. He gripped her harder. She stared into his yellow eyes that shone bright, burning with hate.
“What did you say?” He shook her and she moaned in pain.
“Charlie. I called you Charlie, isn’t that what you want?”


About A Human Element:
Evil comes in many forms…
One by one, Laura Armstrong’s friends and adoptive family members are being murdered, and despite her unique healing powers, she can do nothing to stop it. The savage killer haunts her dreams, tormenting her with the promise that she is next.
Determined to find the killer, she follows her visions to the site of a crashed meteorite in her hometown. There, she meets Ben Fieldstone, who seeks answers about his parents’ death the night the meteorite struck. In a race to stop a madman, they unravel a frightening secret that binds them together. But the killer’s desire to destroy Laura face-to-face leads to a showdown that puts Laura and Ben’s emotional relationship and Laura’s pure spirit to the test. With the killer closing in, Laura discovers her destiny is linked to his, and she has two choices—redeem him or kill him.

**Get your evil on with this re-release by Imajin Books! Newly edited, new scenes & cover!** Purchase A Human Element here

Praise for A Human Element:
“Be afraid. Be very afraid. And be utterly absorbed by this riveting debut that had me reading till the wee hours of the night. A thriller star is born.”  –bestselling author M.J. Rose
“An elegant and haunting first novel. Unrelenting, devious but full of heart.” –Jonathan Maberry, New York Times bestselling author 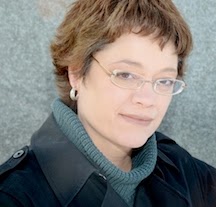 About Donna:
Donna Galanti writes murder and mystery with a dash of steam as well as middle grade adventures. She’s an International Thriller Writers Debut Author of the paranormal suspense novel A Human Element, A Hidden Element (August 2014), the short story collection The Dark Inside, and Joshua and The Lightning Road (2015). She’s lived everywhere from England as a child, to Hawaii as a U.S. Navy photographer.
Website, blog, twitter, Facebook

A Rafflecopter Monsters vs. Aliens Giveaway!

This has been a busy time, and it’s only going to get busier! With good stuff. First of all, Private Internship, my new adult novel (sequel to my novella Model Position) is coming out on September 29th with Inkspell!
Also, I signed my YA contemporary horror, Dorianna with Evernight Teen!

Dorianna is a fresh yet toxic twist (think daisies, snakes and burlesque dancers at Coney Island) on the Oscar Wilde classic, A Picture of Dorian Gray. It’s a cautionary tale for the Internet generation. More on that soon . . .

In the meantime, I’d LOVE for anyone who’s up for it, to help me with my cover reveal (or release day blitz) for Private Internship!! It’s a really pretty cover, and I’m proud to say that I helped design it with the lovely and talented Najla who does the covers over at Inkspell. The cover reveal will be on Wednesday, August 27, but August 28 & 29 are fine days to post as well! (The blitz will be on Sept 29) Just fill out this easy peasy sign-up form here. Once you sign up, I’ll send you all the info you’ll need to post. (Plus you’ll get a magical chocolate sundae & bestie sticker)


What’s your news/obsession/thrill/fave summer activity, and how’s your July going so far?

I just got back from a writing retreat on Cape Cod. I go to a retreat every July and January. It’s an amazing, inspiring, informative, fun experience and it builds community. I often start the draft of a novel in July, and this summer was no exception. Finally, I had the time and peace of mind to plunge into an NA historical fantasy, set in the 1930s. I also had time to open a Pinterest account and create a board for my new novel. Why did I wait so long to visually organize my novel elements?! Wanna follow me there? I’ll follow you back!

At the retreat we do readings in the evenings,

and they’re always helpful. There’s nothing like running your newest work by fellow writers who you trust implicitly, to make sure you’re on the right track with a fledgling project. Each night someone makes a dinner. Good way to sample interesting food.

Other retreats and conferences that I recommend are Squaw Valley, the SCBWI Summer Conference out in LA (& winter one in NYC), the Mendocino Writers’ Conference, the Chautauqua conference & Southampton workshop. If you have the time, you could do a residency. I have a friend who liked Ragdale.

Have you attended a retreat or conference you’d recommend?

In June, I also taught at a writers’ retreat in Rosemont College for MFA students, which rocked the house. I got to try out some crazy-fun new writing prompts on them *insert evil cackle here*

So, do you do retreats, conferences or workshops? Have you ever organized your own? If not, how do you refresh and relight your creative spark?

Thanks so much, Sheri!