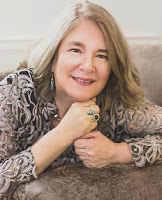 I’ve missed you all. I kind of fell off the face of the earth toward the end of June. Well, maybe a bit before that. The highs and lows:
A high * I got super-busy trying to get ready for a bunch of amazing book conventions.
A high * I splurged for my first professional author photo (this one).
A low * I got bedbugs at one of the conventions!!! So did the unlucky photographer. Luckily, my exterminator had me well trained and I took care of business the second I hit home. NO bugs survived my war to the death. But my bites and resulting scars lingered for months. Yuck!
A high * I hit the USA Today bestseller list with a boxed set I’m in!!!
A high * I went to a writing retreat in Cape Cod and wrote every day, all day. Except for our sailboat ride and long dinners. Oh, and watching the Olympic Women’s Volleyball teams kick some serious you-know-what!
A change * I broke my LONGSTANDING rule to never post on Facebook about politics. This election cycle is just way too important. And scary. And it’s my only pulpit. So, yes, I’m for Hillary, the political wonk who is experienced and qualified and will keep her steady hand off the nuclear button.

A low * Yes, I’ve lost Facebook “friends” over this. And I’ve tried not to, but I’ve gotten into some arguments over Trumpty Dumpty, and how Gary Johnson didn’t even know what and where Aleppo was, and would not put one dime into fighting climate change. So, yeah, unfollow me here and now if that offends you (or forgive me), because things are just getting way too real to be fake.
A high * That said, I will NOT use this blog as that pulpit. For that, I am using Facebook and Twitter. I do want to make this a safe space. Except for this one and only pink pix. Promise!
A high * Attended a different book con in Saint Louis, sold lots, made new friends and had a blast! Penned Con to be exact, which gives all of their profits to Action for Autism. Mad respect to founders, Amy and Rick Miles!
I’ve had a long time to think about the blog. Whether I want to continue it, if so, how often I want to post, and more importantly, WHAT I want to post. I realized that part of what was making me weary was that it was becoming a giant online ad for everyone’s book launch and cover reveal, and nothing else. It was no longer personal… telling you all what I feel about books, about readers, about retreats, about life. I want to get back to more of this. I will post a bit less, but I will post. And yes, I will post about amazing books, and my own books… because I do love books and I do write. Just not 24/7.

So, happy fall, and wow, the Halloween season! And, I do have book stuff. A re-release with new covers and sales/freebies for my future shocker Fireseed series, including a new sequel novella called Blue House Magic. Untethered Realms has new story anthology out, Ghosts of Fire, book 3 of the Elements series. My story in this is Rollerskate Boys. Put the anthology on your Goodreads TBR list if you like. And I’ll be doing a bunch of Facebook parties like Haunted Halloween Spooktacular on OCT 20 from 4 to 5 (EST),  A Witchy Halloween on OCT 27 from 8 to 9 pm (EST), A Magickal Samhain on Sunday, OCT 30 from 12 to 1:30 pm (EST) – all to help spread word of Ghosts of Fire and other spooktastic boxed sets I’m in, like Shades of Prey, Mystical Magic. Join the parties to chat with lots of authors and play games for giveaways if you like!!!