Free on KU. Read books in any order.

★★★★★ “Sexy romance full of shifters, witches, revenge… with very imaginative spells flying around. Twists keep you guessing to the end!”

★★★★★ “The characters fit well together and have amazing chemistry. You will not put it book down until it’s finished!” 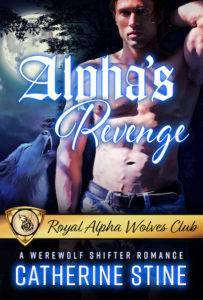 Will karmic justice destroy them both?

From the languid, sexy heat of New Orleans, all the way to the icy Canadian Wilderness, supernatural creatures live shadow lives amongst mortals. But what if one of the most powerful and regal of beings—wolf shifters—found their packs disappearing through longstanding battles and vicious payback? The Royal Alpha Wolves Club, a worldwide, ancient organization formed to keep order and secrets safe among werewolf packs is faced with this very dilemma. So, when the club leader gives the dire order for all royals to find a mate and produce an heir within a year it’s in the wolf shifters’ best interest. Wayland, though, is not on board.
Meet Wayland Leblanc—legendary royal alpha, hell-bent on revenge for his murdered mate. When the edict comes down from the leader in his new territory that all royals mate and produce an heir within the year or lose royal status, Wayland hits the road. He’s not ready. Instead, he charges up to Canada in his mini-camper, to wreak revenge on Thorn, the Tundra shifter who killed his mate Sabine and their unborn babe. He conscripts an army of coyote shifters in his revenge plot, and stuffs down his lingering heartache by partying with neighboring witches. What he doesn’t plan for is falling hard for Stormy, Thorn’s mysterious sister. But pursuing a star-crossed Juliet to his Romeo just might cost Wayland and Stormy their lives.
Get Wayland’s story here. FREE on KU! Read in any order. 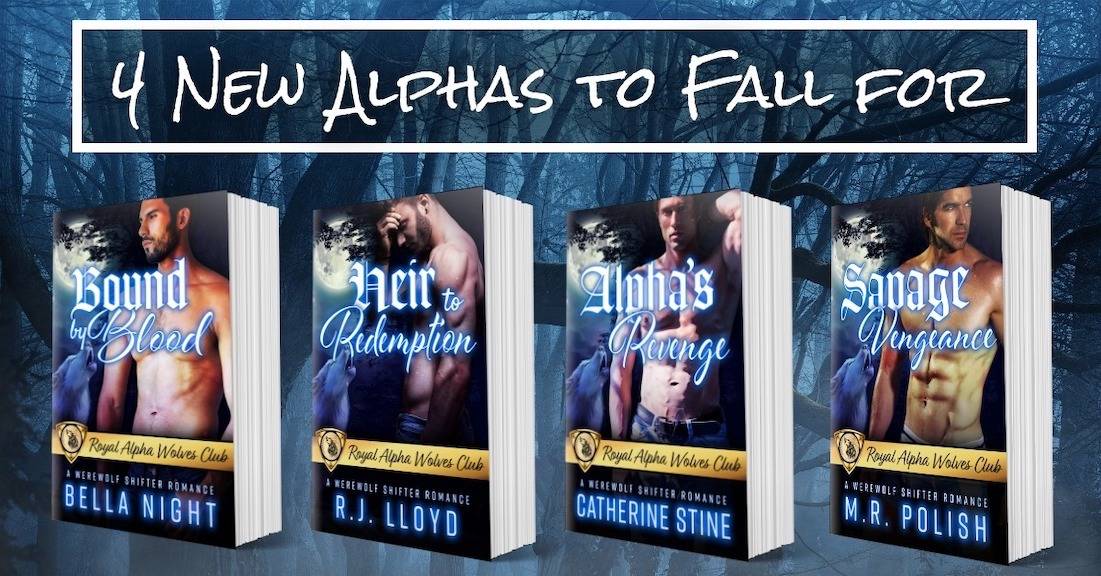 “Who are you?” It was dawning on Wayland. Could it be his old Tundra playmate, Stormy? They hadn’t seen each other for years. It was rumored that Thorn had kept her so protected it was like she was locked in his ivory tower prison. Holy damn, if it was Stormy, he should have nothing to do with her. She was Thorn’s little sister. Could he still be confused? He’d just been hit so hard that maybe his brain had gone freaking haywire. “Where’s Ransom?”

“He’s alive but you messed him up good. Why are you coming around, so angry, gunning for a fight? You look so familiar, but… ” She ran a cooling cloth over Wayland’s swollen eye. She smelled of forest phlox and river moss—of the Canadian tundra in summer.

He struggled to get up again and realized she’d tied his arms, torso and ankles down with thick vines. He didn’t believe in hurting a woman. But his rage bubbled dangerously close to the surface. If he stayed like this too much longer, and she leaned closer to him as she cleaned his wounds he might not be able to stop from snapping his head up and biting her. “Why the hell did you tie me up?” he snarled.

“For your own safety and for mine. You seemed unhinged. Who are you anyway? You look so familiar.”

“Wayland. I used to live around here.”

“Wayland!” She stopped cleaning his swollen eye and stared down at him. “Wayland Leblanc.”

“Yeah, a damn Leblanc. The Tundras, led by your vicious brother slaughtered us a year ago in case you need reminding. Bunch of fucking savages,” he growled.

“I know who you are. Your father killed my father.”

“So, you are Stormy, Thorn’s sister,” he muttered. The very man I’m hunting down.

Read the book from Amazon USA

Free on KU. Read books in any order.

★★★★★ “Sexy romance full of shifters, witches, revenge… with very imaginative spells flying around. Twists keep you guessing to the end!”

★★★★★ “The characters fit well together and have amazing chemistry. You will not put it book down until it’s finished!”